Protecting Your Family and Pets During Hurricane Season
Michelle Urban 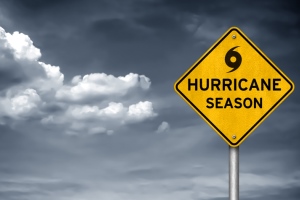 Like it does every year, NOAA’s Climate Prediction Center in late-May issued its annual forecast for the Atlantic hurricane season, which extends from June 1 to November 30. For the seventh year in a row, an above-average hurricane season is predicted for 2022, with the peak of the season being September 10, according to NOAA.

Now is always the time to take steps to keep loved ones and pets safe—before, during and after a hurricane. According to the Insurance Information Institute, approximately 2,000 hurricane-related deaths were reported from 2000 through 2021. Shockingly, more deaths typically occurred after a hurricane than during the event.

Before the Wind Blows

Plan an escape route. Local authorities designate evacuation zones to notify residents of areas under an evacuation order or warning. Zone names are available on a city or county Emergency Services website. Print out your zone and keep it in a place where it can be easily accessed.

Since the path of a hurricane can change instantly, check in with NOAA weather updates and closely monitor radio, TV, or NOAA Weather Radio for official bulletins. Once an evacuation order or warning is issued, determine the location of the nearest official shelter. Designate a friend or relative as a point of contact to provide your evacuation plans and the shelter’s address.

Since most shelters don’t accept pets, make a list of boarding facilities and veterinarians that can shelter them in an emergency. Bring pet food, medications, and a collar with ID to the facility.

Assemble a storm emergency kit with packaged food, water, clothing and bedding to last at least two weeks at the shelter. Tuck a flashlight, first-aid kit, weather radio and batteries into the kit, along with cash since ATM machines may be inoperable. Bring along health insurance information and other ID cards, phone contact list, cards and games for children, toiletries, cell phone charger, non-electric can opener, toolkit, and a minimum two-week supply of family member medications.

Once notified to evacuate, turn off the power, empty the refrigerator in your home and drive to the designated shelter.

In rare instances, homeowners will be advised to shelter in place. If this is the case, turn up the refrigerator to maximum cold and keep it closed. Turn off propane tanks and unplug appliances. Fill bathtubs and large containers with water in case tap water is unavailable. If using a generator, run it outdoors away from roof vents. Until officials issue an “all clear,” remain indoors.

Once the “all clear” sounds, do not drive or walk in standing water or touch fallen or low-hanging wires. Discern the damage to your home and report obvious hazards like downed power lines or broken gas pipes. Do not drink tap water until authorities indicate it is safe to do so.

Above all, take the threat of a hurricane seriously. Nature is marvelous to behold but can quickly turn deadly and devastating. These tips and others offer security and peace of mind.

The opinions and positions expressed are the authors’ own and not those of Chubb. The information and/ or data provided herein is for informational purposes only and is not a substitute for professional advice. Insurance coverage is subject to the language of the policies as issued.