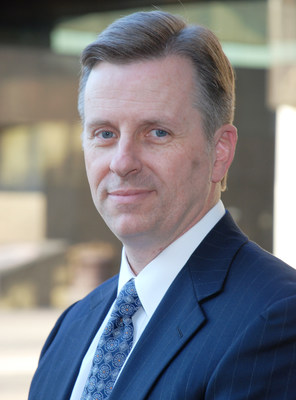 WHITEHOUSE STATION, N.J., June 19, 2017 /PRNewswire/ -- Gerard "Jerry" Butler has been appointed Senior Vice President, Chubb Group, Division President, Field Operations, North America Insurance. In his new role, he will have responsibility for the field organization in North America, which includes 48 offices in the United States and Canada. He also will be responsible for executing Chubb's North American business strategies locally by delivering a full complement of capabilities and services to the company's agent and broker distribution partners and managing these important long-term business relationships.

Mr. Butler, with more than 34 years of experience, including 26 years at Chubb, most recently served as Chief Operating Officer, North America Field Operations. Prior to the ACE acquisition of Chubb in January 2016, he served as Executive Vice President and U.S. Field Territory Operations Manager for Chubb. He holds a Bachelor of Science degree from Glassboro State College and has attended Executive Management Programs at Wharton Business School.

Mr. Butler will report to John Lupica, Vice Chairman, Chubb Group, President, North America Major Accounts and Specialty Insurance. "Jerry's strong field management expertise, industry knowledge, and extensive leadership experience make him an ideal fit for this role," said Mr. Lupica. "I look forward to working with him as he takes on this strategically pivotal role in helping to continue meeting the multifaceted needs of our agent and broker partners."

Mr. Butler succeeds Harold Morrison who, after a distinguished 33-year career in the insurance industry, will retire at the end of the year. Mr. Morrison joined The Chubb Corporation in 1984 and during the course of his career has held a number of managerial and leadership positions for the company. Prior to the acquisition, Mr. Morrison was Executive Vice President of The Chubb Corporation and served as Chief Global Field Officer and Chief Administrative Officer, responsible for the company's global field organization, worldwide human resources and the company's administrative areas.

Through the remainder of the year, Mr. Morrison will work with Chubb's Overseas General Insurance Division providing strategic direction for the development of underwriting and distribution structures and processes to best serve its expansion into the commercial middle market segment in Asia, Latin America and Europe. This work will include ensuring appropriate organizational structures, distribution and product strategies, service capabilities, and technology solutions.

"Harold's commitment and contributions to Chubb during his tenure have been outstanding. He has been a thoughtful and collaborative partner to me and our broader team since the merger and I look forward to working with him and Jerry on a smooth transition in addition to his continued endeavors for the company," said Mr. Lupica. "On behalf of the senior management team and all of Chubb, we thank him for his contributions and wish him all the very best during retirement."

Mr. Updyke is a 26-year insurance professional, most recently serving as Executive Vice President, Northeast and Mid-Atlantic Regional Manager for Chubb's Commercial Insurance unit. Prior to the acquisition, he was the Northeast Region Chief Operating Officer. He received a Bachelor of Arts in Economics with honors from St. Lawrence University.

Chubb is the world's largest publicly traded property and casualty insurance company. With operations in 54 countries, Chubb provides commercial and personal property and casualty insurance, personal accident and supplemental health insurance, reinsurance and life insurance to a diverse group of clients. As an underwriting company, we assess, assume and manage risk with insight and discipline. We service and pay our claims fairly and promptly. The company is also defined by its extensive product and service offerings, broad distribution capabilities, exceptional financial strength and local operations globally. Parent company Chubb Limited is listed on the New York Stock Exchange (NYSE: CB) and is a component of the S&P 500 index. Chubb maintains executive offices in Zurich, New York, London and other locations, and employs approximately 31,000 people worldwide. Additional information can be found at www.chubb.com.